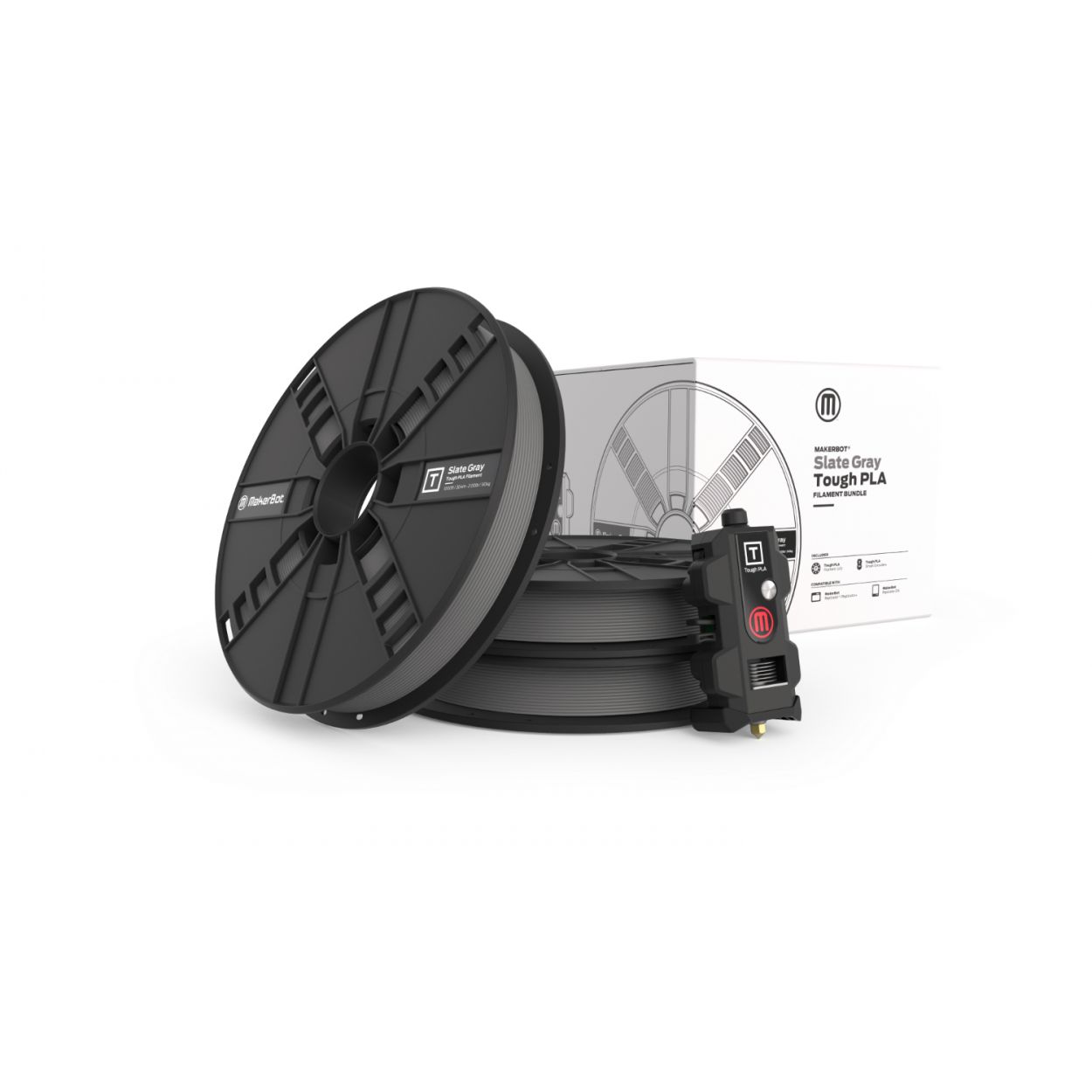 The MakerBot Tough Filament can withstand a severe impact-load better than PLA and you will experience longer plastic deformation under a severe tensile load, whereas PLA will snap. The MakerBot Tough Filament responds well to sanding, thread-tapping and post-processing, it also offers greater tensile elongation than PLA under a tensile load. This filament is also suitable for printing jigs and fixtures with threaded and snap fits that can withstand repeated use.

Under a tensile load, MakerBot Tough PLA Bundle will deform elastically and return to its original shape before hitting peak strength. Beyond this peak, MakerBot Tough Filament will exhibit a very long plastic deformation range before break that outperforms ABS. In contrast, PLA will simply fracture.

MakerBot have specifically engineered, tested and optimised the Tough PLA Smart Extruder+ for the MakerBot Tough PLA Bundle. MakerBot have upgraded the drive system inside the extruder to better grip Tough Filament, so it prints precisely without under-extrusions or false filament jams. Firmware automatically adapts with a tuned motor extrusion profile to ensure full, strong models. MakerBot Print automatically configures optimal settings for this extruder with your network-connected 3D printer.

*Printing with any other filament will void the warranty for the Tough Smart Extruder+.

Whats in the Box